I chose an interesting schedule this year, with basically no racing during spring or early summer, and all competitive running during the late summer and fall.  This plan makes sense here in Wyoming because it takes forever for the mountains to melt out.  If I race too early, I don’t get a chance to train in any of the spectacular high country in the Winds and other area mountain ranges.  So, with the Telluride Mountain run just being a little more than a week away, its time for me to rest and reflect a little bit on a rockin’ June and July of running in the backcountry.  Here are a lot of photos from a few different long runs:

Nestled right in the middle of the Absaroka-Beartooth Wilderness is Christikon, a Lutheran summer camp that is a little piece of paradise.  We volunteered to help out at the camp for a week this summer, and I managed to get away for a couple of good runs.  For anyone that has been to Christikon, you know what a special and unique place it is for so many reasons.  One reason that this area is special to me is because this where I really got comfortable in the mountains; we backpacked and hike a ton, and got started on mountain running too.  It is always great to go back, and the running certainly doesn’t disappoint.

After scouring the web, I’m pretty sure there is no established FKT or “Fastest Known Time” for an ascent of Wind River Peak.  Wind River Peak is a amazing mountain because it has about 2000 feet of prominence and it is 40 miles from a higher mountain.  It really is a massive mountain that sits at the heart of the southern Wind River Range.

There are a number of ways to approach Wind River Peak, but it makes the most sense for me to start from Worthen Meadows Reservoir.  I ran down the Sheep’s Bridge Trail, up towards Pinto Park, and then I took the Deep Creek Cutoff.  From Sheep’s Bridge to the summit its about a 5,000 foot climb. Ouch.  After reaching the summit in 3 hours and 49 minutes, I headed down towards Tayo Lake, on to the Middle Fork of the Popo Agie, and up an over Roaring Fork Pass back to Worthen Meadows for a round trip time of 7 hours and 38 minutes.  In all honesty, I was moving pretty fast for this run but I spent a lot of time taking pictures, talking to backpackers, and I even talked to Jenny on the phone from the summit for a little bit.  It could certainly be done much faster.  Maybe a project for next summer?

Well for now, I don’t know of a faster time up Wind River Peak summit I’m calling this it.  Here is a link to my “Movescount” page for the breakdown.  The elevation data is not right because my Suunto watch seems kind of defective, but the map and the time are accurate.

I ran out of chlorine water treatment towards the end of the run, so I started to strategically drink from some untreated stream water.  A few days out now my stomach is starting to feel pretty jacked up; hopefully I didn’t pick up some crypto or giardia.  But, I do have Celiac Disease, so my stomach always seems to be a little off. 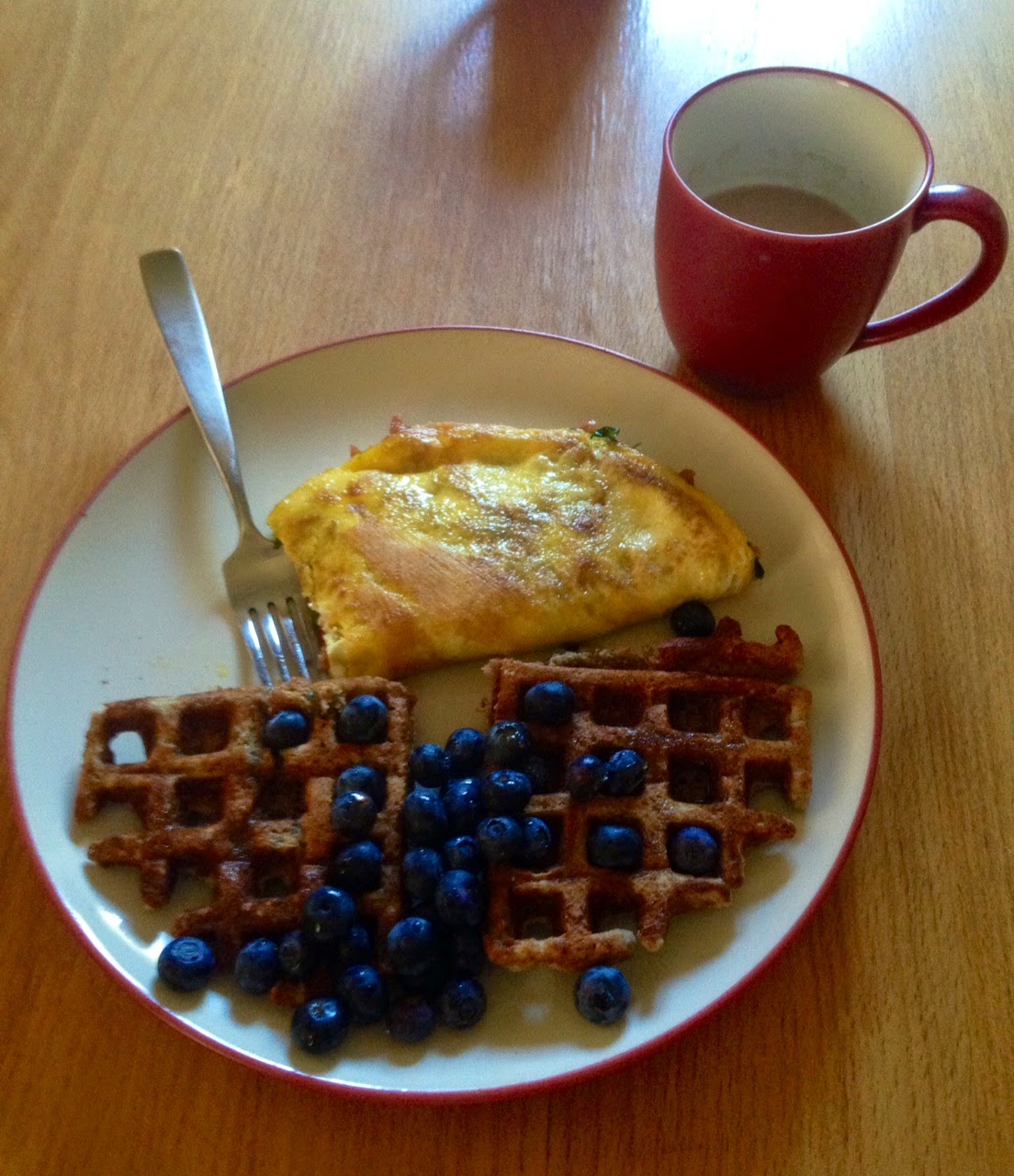 How does one recover from all of this running?  Blueberries, waffles, omelets, and coffee are a good start.  I’ve also been drinking a lot of Gu Recovery Brew with whole milk after runs and that seems to help as well (and it actually tastes good).  A much needed massage with Jagoe Warren really helped loosen up overly tight hamstrings and hips as well. 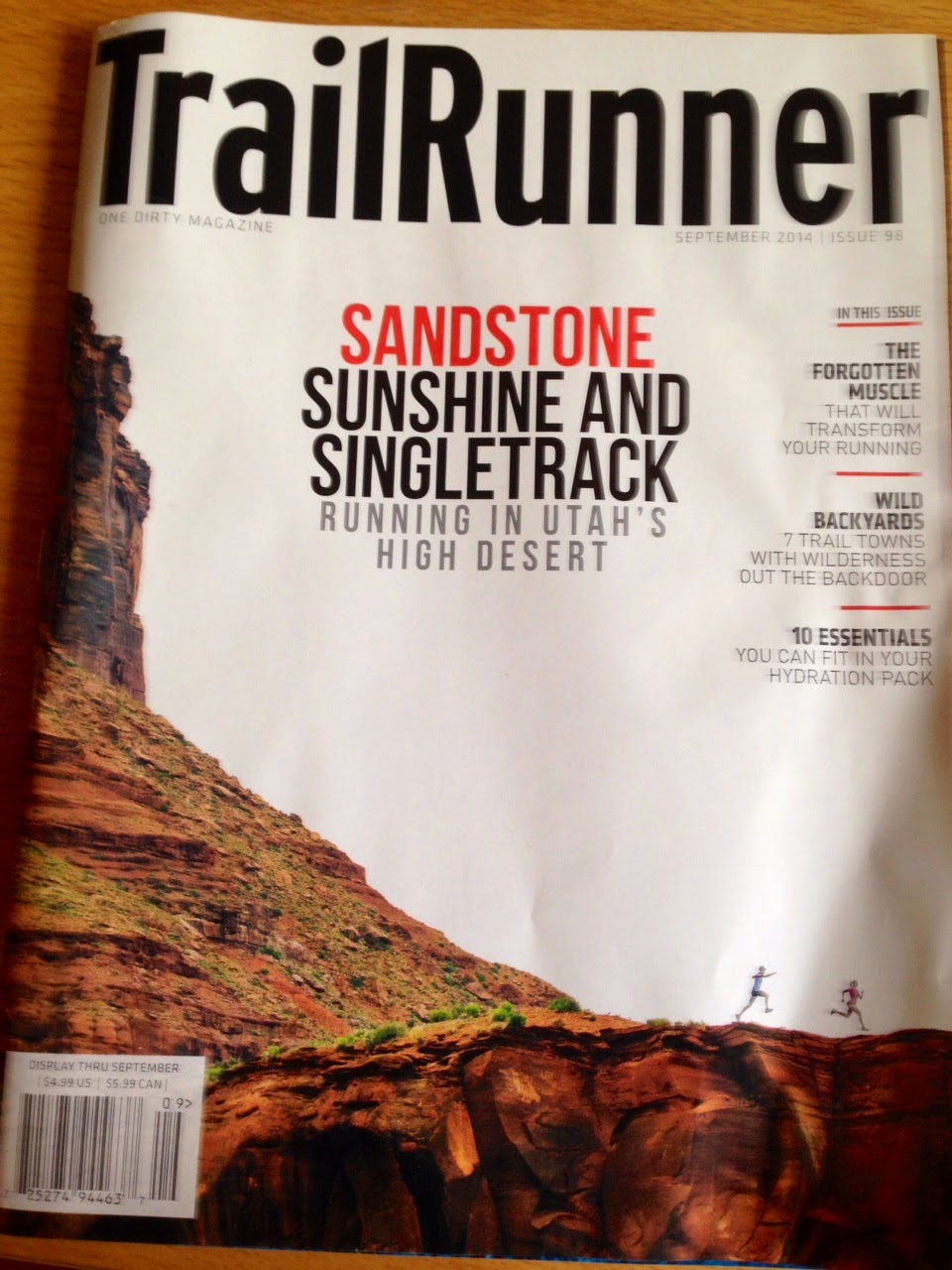 I was pleasantly surprised a few weeks ago when well-known writer and runner, Meghan Hicks of Train Runner Magazine and iRunFar.com, emailed me asking for a little assistance writing an article about trail running in the Wind River Range.  She specifically wanted to feature Lander as a “Top Trail Town”.  Super cool, right? 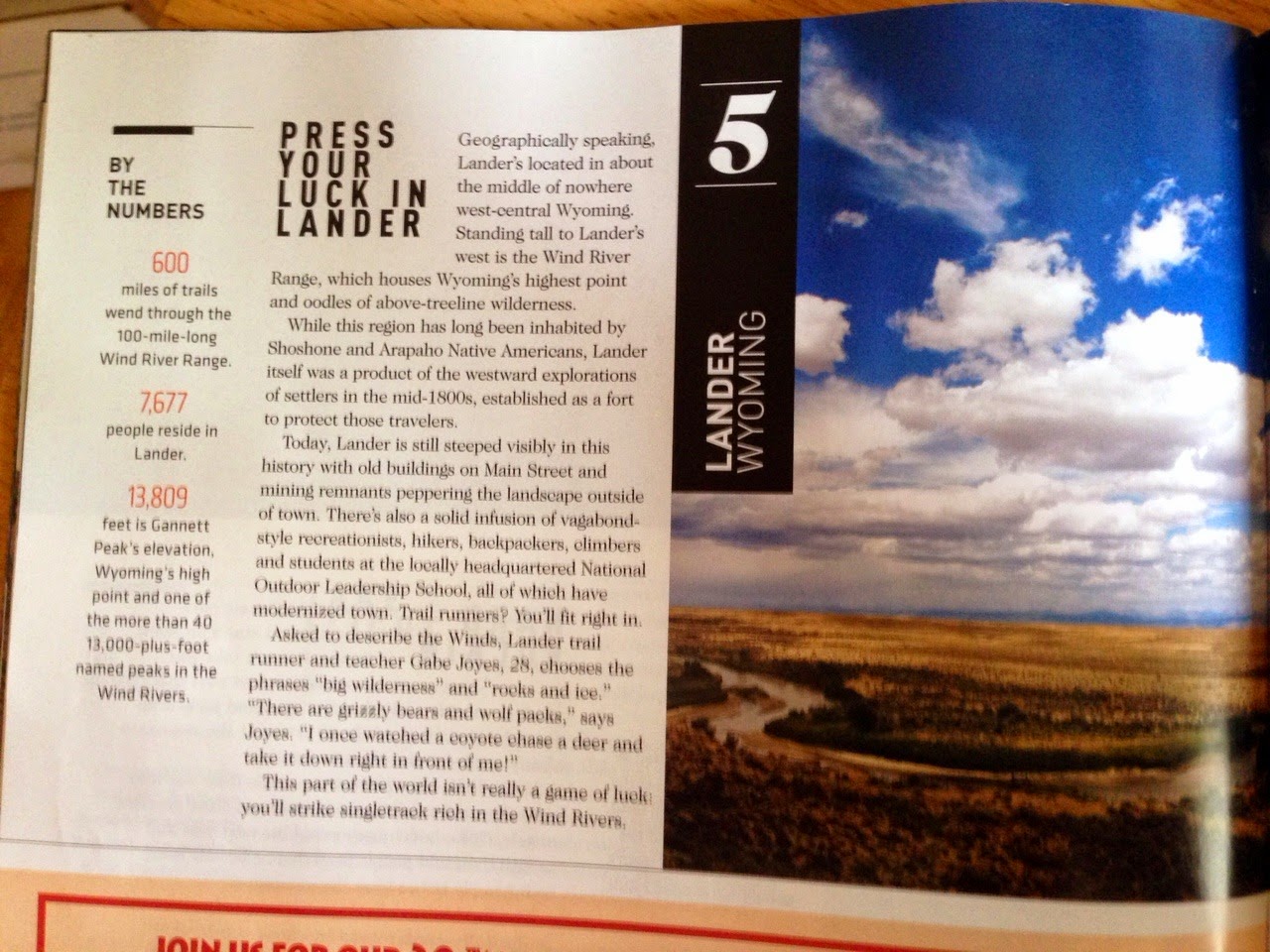 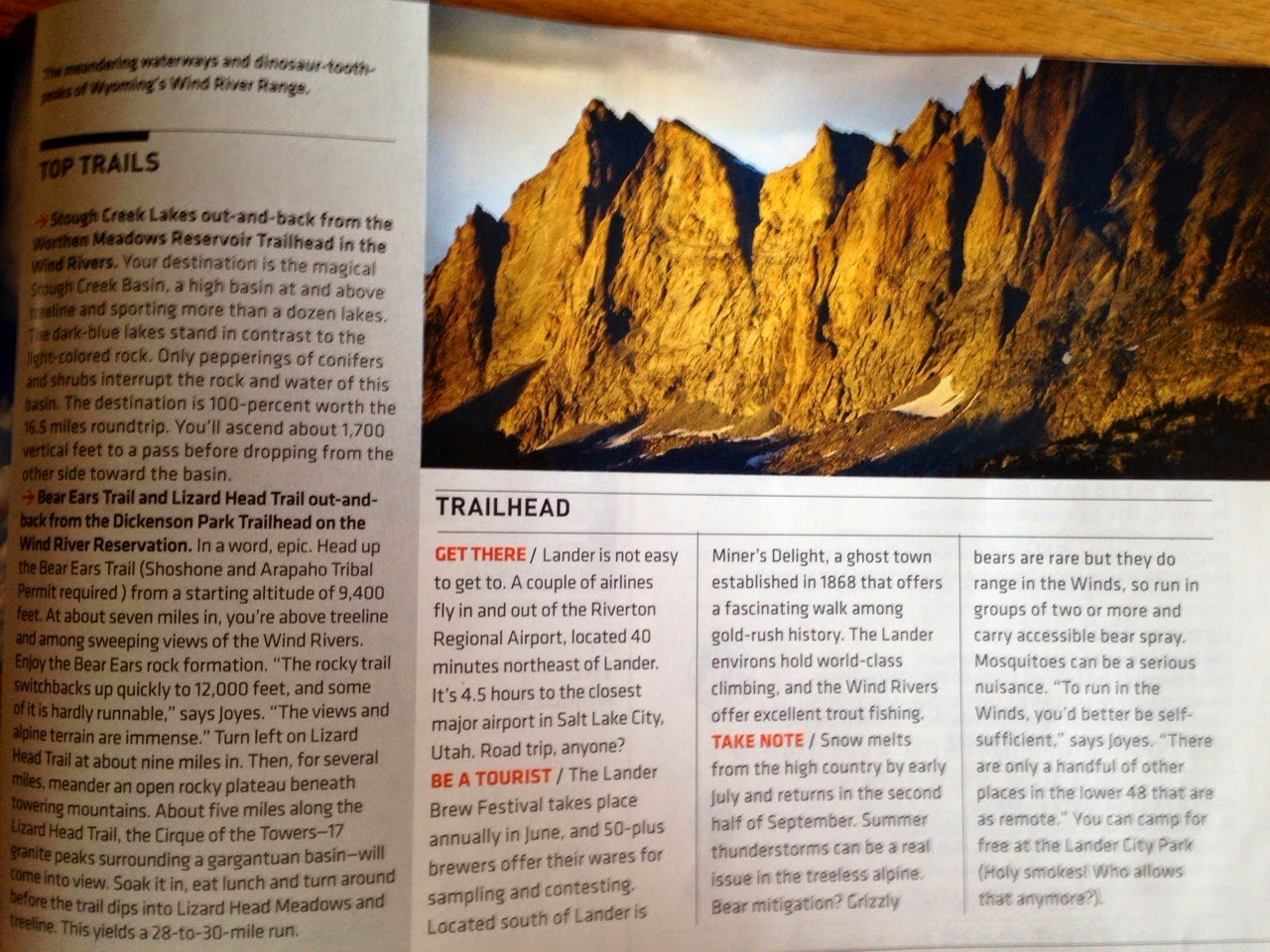 I answered a bunch of questions for her, suggested a few routes, and gave some other beta.  She turned it all into a nice article in the September 2013 issue that is on shelves now.  I got a copy at Wild Iris in Lander, but I know the magazine is available at places like REI and Barnes and Noble.

Next up, the Telluride Mountain Run in the San Juan Mountains of Colorado.  A neat 38 mile run with a whopping 13,000 feet of climbing, and an average elevation of 11,500 feet.  Good clean fun.