The Moccasin Lake Challenge was hands down the most unique running event I’ve ever been a part of.  The race director, Mikey Chingman, was very clear that this was not a race, but it was a challenge; a spiritual run to challenge yourself on the mountain; to run for your loved ones both present and departed; to spend a day on the mountain discovering who you are.  There was no first place or last place.
The run was supposed to start at 10am, but to be frank, in typical Native style we didn’t start running until 11:30, but that was OK.  We didn’t start for an hour and a half because there was a ceremony honoring “Bunny” Shoyo, Jr., a Shoshone council member who passed away earlier that year.  Bunny was a strong supporter of running and keeping Shoshone culture alive.  After the the ceremony there was a cedaring (or “smudging”) for the whole group.  Cedar smoke was wafted over all of the runners and prayers were said in Shoshone.  Four different songs were played by the Fort Washakie Ramblers, which is one of the local traditional singing and drumming groups.  To top it all off, before heading to the starting line everyone got in a circle and did a round dance.  Yep, you had to dance before you ran. At the starting line, everyone was given some cedar and sage to take with them on the run for protection.
“Honor Song” for Bunny Shoyo

The road to Moccasin Lake is a typical mountain road; rocks and ruts of every shape and size, long switchback with big drop off at every turn; sticky mud still from melting snow.  Another fun part of the event is that you did not have to stay on the road.  Since it was not a race, runners were allowed to cut switchbacks or take whatever shortcuts you wanted.  I ran the whole way with Evan and we stuck to the road to get all 18 miles in, but some people ran as few as 14 miles due to their shortcuts!  Either way, we all climbed over 4,000 feet and ended up at beautiful Moccasin Lake and had a great day in the mountains.

Throughout the day the skies looked threatening, and it looked as if thunderstorms would give the runners a cold and cruel shower at any moment, but the skies held of, as least where we were.  The run to Moccasin Lake is beautiful, with views of mountain meadows and alpine peaks, still blanketed in snow, at every turn.  Aid along the way was fantastic, with people driving by in pick-up trucks regularly offering water and Gatorade.  Several other drum groups were set up along the way as well, with their drum beats matching our heartbeats as we steadily climbed up the mountains.

Arriving at Moccasin Lake was fantastic; volunteers were already cooking burgers and 8-years old’s were piled on four-wheelers and ripping through the mud.  We were pleasently surprised at our race swag too; thick, high quality Under Armour pullovers with a cool logo.  These were especially appreciated because it was cold up there above 9,000 feet.

At the beginning of the run, Mikey said it was mandatory that you got a ride back down on the back of someone’s truck.  He said the idea behind this is so that you can see where you ran, and so you could be humbled.  He wasn’t kidding; the ride back down was humbling, and a blast.

I was almost bounced out of the truck only once, and now my pack has a few oil stains on it from the bed of the truck, but we had a joyful ride back down cheering on other runners as they continued their journey up the mountain. 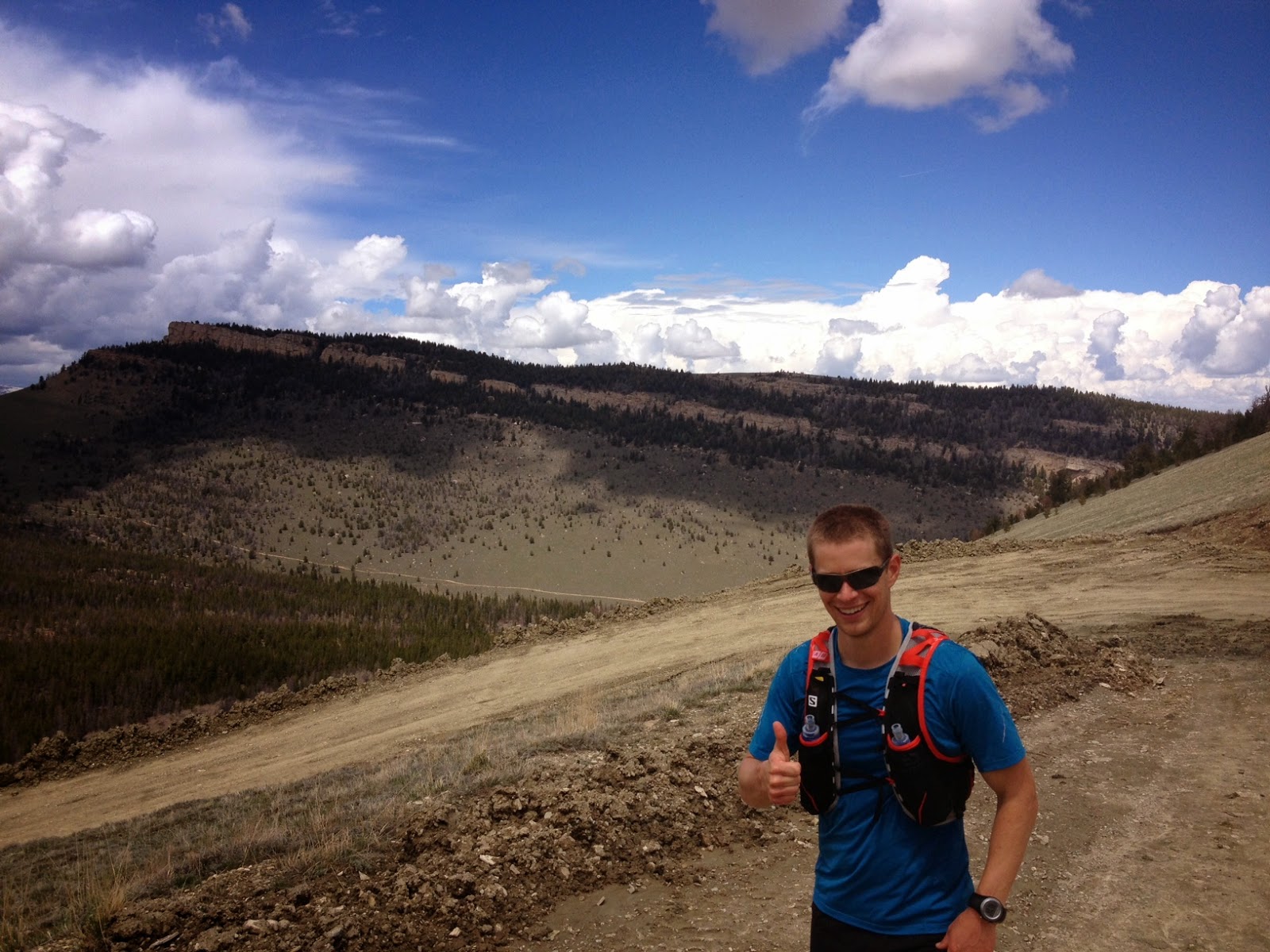 If you can, do the Moccasin Lake Challenge next year.  There has been a lot of tension between whites and Natives this past year with the EPA talking about boundaries and huge settlement checks coming out, but the Moccasin Lake Challenge was the perfect way to bring people together.  There was nothing but positive energy, encouragement, and togetherness.
A couple more pictures…

Next up, just over a week until the Zion Traverse.  I’m really liking 2014 so far.